The National Council of Churches of Kenya (NCCK) has called on President Uhuru Kenyatta to urgently assent to the Climate Change Bill 2014. 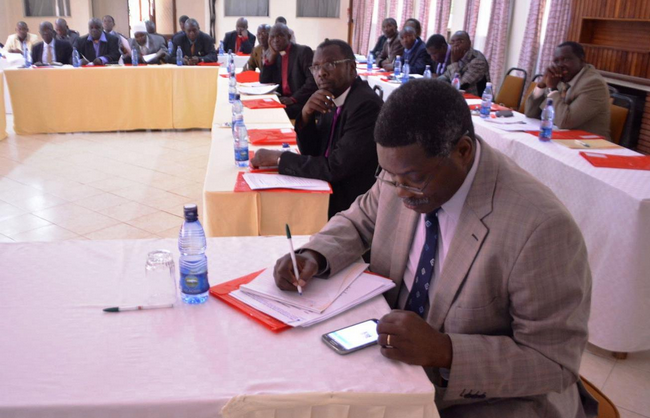 The Northern parts of Kenya have suffered from a prolonged drought, leaving some people at the brink of starvation. It is in this context that the Climate Change Bill 2014 has recently been passed by the National Assembly – now it needs approval from the Senate and President Kenyatta.

The NCCK has engaged in the climate debate and joined the voices calling for the enactment of proper legislation on climate change.

In a NCCK Committee Meeting in Limuru, the 12th of March, Reverend Canon Peter Karanja and Mr. Mithika Mwenda, Secretary General for Pan African Climate Justice Alliance (PACJA), shared their concerns about the effects of climate change. Reverend Karanja called for the enactment of legislation to pre-empt the adverse effects of climate change that are now a reality in the country, while Mr. Mwenda encouraged the church to proactively participate in climate policy formation and implementation at county and national level.

One of the key provisions of the Climate Change Bill includes the creation of a Climate Change Council that will play an advisory role in relation to the government and the public on the issues of climate change mitigation and adaptation.

Read more about NCCK and the Climate Change Bill

Networks in the Region

Developed by EYWASYSTEMS
We use cookies to enhance your experience visiting our website and to bring you content that is inline with your interests.
Learn more
?>